Happy Thursday everyone! I hope that you’re all doing well. It’s been several months since my last blog post and I’m here to update you on my life. I’m a college gal now!

I wanted to let you know that I am now a resident of the lovely city of Boston, Massachusetts, where I will be living, learning, studying, and exploring for the next four years. To celebrate the move, I decided to start an all-new WordPress blog, The Boston Belle. Sadly, it’s time to bid adieu to Danielle Loves New York, since I will only be in NYC for a small part of the year.

I hope you come along with me on my journey by following me at thebostonbelleblog.wordpress.com!

6. “Shake Me Down” by Cage the Elephant

What I love about this incredible alternative rock song is its crescendo. The song starts out with a slowish melody, and then gradually proceeds to become a thrashing, head-banging jam. Anyway, Cage the Elephant is a American rock five-piece from Bowling Green, Kentucky. They have 3 albums at the moment, but “Shake Me Down” from the second LP, Thank You, Happy Birthday is by far the best and the catchiest.

7. “Bring it Back” by Travis Porter 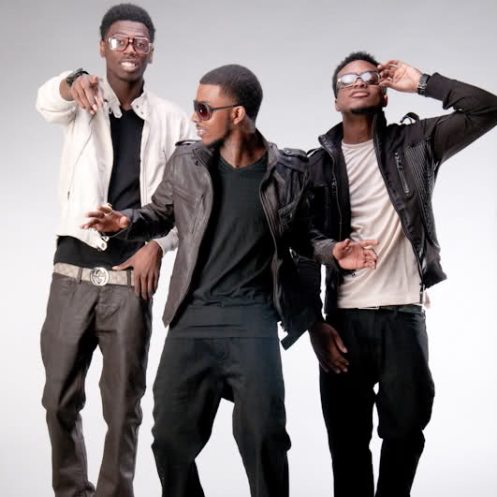 And now for some rap and hip-hop. Travis Porter is an American rap trio from Decateur, Georgia. I first heard “Bring it Back” in a twerk-heavy choreography music video, and I simply can’t resist its infectious, bootylicious beat. It’s a total nightclub dance song to keep you going all night long. Beware, however – this one is not clean at all. The lyrics are definitely dirty, but I like this as a party tune nonetheless.

Hoodie Allen is all about playful, goofy rap. And he sure does have an interesting backstory, too. Allen was born on Long Island, New York and attended the renowned University of Pennsylvania, where he earned degrees in marketing and finance. After graduation, Allen relocated to California to work for Google, believe it or not. He soon began creating and sharing rap music on the internet, and decided to quit his job at Google to focus on music full-time. I kid you not! “Movie” is the first song I heard by Hoodie Allen, coming from his new album People Keep Talking. I enjoy the guitar-infused melody in combination with Allen’s smooth rap flow and a fresh sound.

Do you like your rappers intellectual Renaissance men? Well look no further than Donald Glover, aka Childish Gambino, himself! A graduate of New York University’s Tisch School of the Arts, Childish Gambino is also an actor, writer, comedian, screenwriter, producer, and of course, rapper. In fact, he’s displayed his screenwriting talents on NBC’s 30 Rock and his acting chops as Troy Barnes on Community. But to me, Childish Gambino is first and foremost a musician. These two rap and hip-hop gems are taken from Childish Gambino’s latest studio album, Because the Internet. (In particular, the music video for “3005” is especially good – it’s creatively filmed entirely on a ferris wheel.) I like “Sweatpants” and “3005” because they’re smart and fresh rap songs. Gambino has a great flow and he belongs on the radio and on your playlist.

10. “Back in the Day” by Christina Aguilera

A severely underrated gem of a song from a severely underrated album. “Back in the Day,” taken from Xtina’s 2006 album Back to Basics, is a jazzy, bluesy, sexy little tune. It’s a tribute to musicians of the past – Otis Retting, James Brown, Stevie Wonder, Brass Night – and how they inspired Christina’s art form. I originally purchased this album because I found the album cover alluring! Give this song – as well as the rest of Back to Basics – a listen.

Let’s take it outside of the United States all the way to Brazil. Pearls Negras is an all-female rap trio from the favela of Vidigal in Rio de Janeiro, forming after meeting in an after-school rap workshop. They make infectious, catchy “trap” music, which is similar to hip-hop with wild beats. They may be just out of their teens, but the Pearls Negras are here to take the world and the blogosphere by storm. “Moreno Lindo” is ripped from their 2014 EP Nossa Gang, and if this is your first introduction to Portuguese-language rap, let this song be it. I’m quite fond of the deep, bass-heavy beat. I don’t know what they’re saying, but that doesn’t hinder my enjoyment of the song.

I love listening to music. It’s energizing and uplifting, calming and soothing all at once. I crave it constantly, whether I am intensely working out, preparing for an exam, or taking a hot shower. Music keeps me going; music is life.

I have quite diverse taste in music. I enjoy anything and everything. Pop, indie rock, rap, R & B, Brazilian bossa nova, reggaeton — I love it all. As long as my hips sway and my body rocks, I’m into it. I have a lot of favorite songs, and in this post, I want to share a list of tunes that I find catchy, different, and fun.

1. “What’s in Your Head” by Disclosure

Ever heard of a little song called “Latch” featuring R & B crooner Sam Smith? Well, then, you’ve definitely heard of Disclosure. Made up of brothers Guy and Howard Lawrence, Disclosure is an electronica / house music duo hailing from England. Their 2013 debut album “Settle,” was well-reviewed by critics and well-received by the public, and it remains a staple on my workout playlist. Although Disclosure has released more successful bangers such as “Latch” and “White Noise,” my favorite song of theirs is “What’s in Your Head” (one of their earlier releases). In this catchy tune, vocalist Sinéad Harnett sings repetitive lyrics over a sexy, thumping, danceable beat. I think this one is different from the generic EDM music cluttering the radio with its sophisticated, fashion-show aura. Play this one for a non-obvious party tune.

You definitely know punky British pop star Charlotte Aitchison — also known by her stage name Charli XCX. She duetted with Iggy Azalea on her hit single “Fancy” and found mainstream solo success with “Boom Clap,” written for The Fault in Our Stars. And if you ask me, Charli’s second solo LP, Sucker, is one of the best out there right now. The songs and lyrics are catchy, lighthearted, bratty, and just all-around fun. “Body of my Own” and “Famous” are my two favorite tunes off Sucker – I like the playful lyrics and the lively, guitar-infused production. Give it a listen and dance the night away.

3. “No Beef” (amongst many others) by Steve Aoki

Okay, I have a confession to make: I used to be a total music snob. A few years ago, I considered anything that didn’t feature advanced guitar work “not real music” – especially EDM, or electronic dance music. Well, not anymore. In fact, Steve Aoki is really the one DJ who turned me on to EDM. Steve Aoki grew up in Newport Beach, California and even holds 2 degrees — one in feminist studies and the other in sociology (I like my DJs intellectual). Today, he remains a household name to the EDM world for his energetic beats, animated personality, and wild live shows. He has collaborated with pop-rap starlets like Iggy Azalea, LMFAO, Kid Cudi, and Lil Jon. What I like about Steve Aoki is that each of his songs sounds utterly unique. The beats are original, hip-swaying, and unforgettable. For a first-time listen, choose “Boneless,” “Pursuit of Happiness,” “Earthquakey People,” or “Livin my Life.” Add Aoki to your playlist for a wild party or motivation for a sweaty, intense workout.

Do you like your music with a reggae-infused, tropical poolside beat? Well look no further than Wild Belle – a sophisticated band hailing from Chicago, Illinois composed of siblings Natalie and Elliot Bergman. I first came across Wild Belle in Nylon magazine, one of my staples, and boy was I hooked! Inspired by trips to Jamaica and the rest of the Caribbean, Wild Belle incorporates reggae, worldly productions with pretty lyrics and the sultry voice of lead singer Natalie Bergman. “It’s Too Late” and “Backslider” are by far their two best singles. So if you’re tired of all this snow, turn up Wild Belle and get whisked away to a white-sand Caribbean beach.

5. “Standing in the Way of Control” by Gossip

I think we should add some variety to this playlist, no? I don’t know about you, but I absolutely love indie rock – and Gossip was one of the first bands that got me into that genre of music. I first heard “Standing in the Way of Control” while watching a trailer for the British teen TV show Skins, and I was transfixed. Gossip is an American trio hailing from rural Arkansas but based out of Olympia, Washington. Lead singer Beth Ditto has a most heavenly voice. It’s gospel and soulful, it’s rock, it’s pop – it’s ethereal, it’s everything. She’s a very versatile singer. To me, this song is a chic, sophisticated, and stylish indie rock tune. It suits any fashion show and getting-ready-for-a-night-out playlist.